Preliminary results of an extensive discourse analysis (2000 – 2020) on tourism and the impact on the inhabitants of Amsterdam reveal remarkably consistent, well known and opposing discourses. Smaller, transforming discourses emerged over time that attempt to solve the dualism and despite they are less in the news seem to have a large impact on policies.

The Amsterdam team of SMARTDEST gathered data from local and national newspapers plus other relevant sources that portray the evolving public discourse on tourism in Amsterdam. We expected that the discourse would be shaped by policy regime changes, while at the same time shaping local and national policies. Analysis is still ongoing, but preliminary results depict a remarkably consistent dualism between ‘growth’ and ‘liveability’ discourses. Besides two polarised  discourses, smaller discourses could be observed that seem to have planted the seeds for policy changes.

Starting with collecting thousands of media articles in the period 2000 -2020, the Amsterdam team of SMARTDEST team reduced the data set by strategically choosing  pivotal years in the development of Amsterdam tourism. Five years (2000, 2009, 2014, 2018, 2020) were chosen on the basis of a timeline in which policy changes and  major events were plotted. For example, 2014 was a jubilant year for Amsterdam tourism, including the reopening of one of its main attractions (the Rijksmuseum) resulting in extensive city marketing. While the public debate around excesses of tourists in the city can be traced back to 2000 (and arguably even before!), in 2014 that the debate hardened considerably. In 2015 a policy change attempted to rebalance the interests of residents, businesses and tourists and to enlarge the ‘liveability’ of the centre of Amsterdam, by means of a taskforce called ‘City in Balance’.

Over the course of these years the main discourses have proven to be remarkably stable, albeit the vocabulary and tone of voice and the spokespersons have changed. Although the numbers of overnight stays tourist in these two decades nearly tripled, the same dualism surfaces every year: between a ‘growth’ perspective versus a ‘liveability’ perspective. Whereas the first gives voice to economic considerations, the second voices concerns on the negative impact of tourism, although what is troubling residents changes over time. Whereas in the past pickpockets and small drugs related crime dominated this discourse, in recent years it has turned to nuisances in relation to AirBnB, stag parties, the city as a ‘themepark’ revolving into the qyuestion ‘who owns the city’.

In between these main discourses, several others emerge that attempt to transform the dualism, offering an overarching perspective that integrates opposing viewpoints. For example, at the beginning of the century the ‘tolerance’ discourse (e.g.: “Amsterdam is the gay capital”) offered such an overarching perspective, striving for both economic growth and tolerance, that is: more tourists and an inclusive city. Lately, the ‘reinvent tourism’ movement also offers such a transformative perspective, striving for an inclusive and sustainable kind of tourism, bringing tourists and residents together. Of particular interest is that these overarching, yet smaller perspectives seem to be influential on policy makers, offering a way out of opposing viewpoints. For example, the  highly successful ‘I Amsterdam’ city identity campaign that started in 2004 explicitly celebrated the diversity of it’s residents, arguably inspired by the ‘tolerance’ discourse.

By Franz Buhr, Institute of Geography and Spatial Planning, University of Lisbon

As the COVID-19 pandemic disseminated and intensified remote work practices, more and more professionals became interested in spending a few months at pleasant destinations where confinement restrictions were not so strict. These ‘pandemic travellers’ add to existing mobility patterns of digital nomads – professionals who work while travelling. Lisbon has increasingly attracted mobile remote workers, who relocate to the city for short periods with the goal of combining work, travel and leisure.

During (and even before) the pandemic, a number of countries established schemes facilitating the inflow of remote workers, such as Croatia, Estonia, Barbados, among others. In December 2020, Greece joined the global hunt for digital nomads as its parliament passed a new law allowing digital nomads to half their income tax. Although there is no national programme aiming to specifically attract remote workers to Portugal, digital nomads have demonstrated interest in relocating to places like Lisbon, Ericeira or the Madeira islands.

Long before ‘pandemic travellers’ started heading to Lisbon to enjoy its mild weather and the possibilities of working from cafés or coworking spaces (which was impossible in Belgium or Germany, for instance), digital nomads had already ranked Lisbon as a favourite destination. In 2018, the economy magazine Forbes placed Lisbon as the fourth ideal city for digital nomads (after Bali, London, and Chiang Mai). These professionals seem to be attracted to Lisbon’s sunny weather, fast internet, walkability, and local infrastructure to work from. In November 2020, during the first phase of the pandemic in Portugal, a special decree was passed authorising hotels (which were mostly empty) to adapt their restaurants and lobbies as coworking spaces, signalling a growing demand for shared offices by digital nomads and other remote professionals.

Although some prefer to work from ‘home’ (usually a short-term rental with high speed connection), digital nomads often work from cafés and coworking spaces. As temporary residents, they seem to blur long-established distinctions between tourists and residents (or between outsiders and locals), as they find accommodation through digital platforms, but also become knowledgeable about local trends using mobile technologies to learn about nightlife, restaurants and the city’s ‘hidden gems’. Moreover, as their mobilities are motivated by the possibility to combine work and lifestyle, digital nomads usually move to places where they maximize purchase power, thus adding pressure to local markets. In this sense, the impact of digital nomads upon local neighbourhoods deserves further research, especially as it may intersect with wider urban change patterns, such as gentrification and commercial landscape transformation. 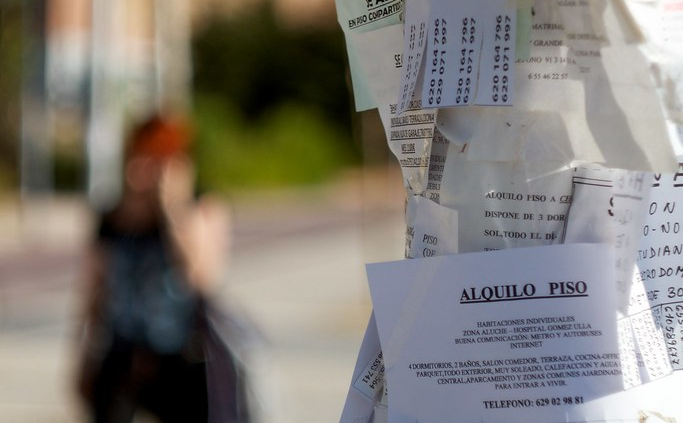