Slovenia is among the EU countries with the highest rate of housing shortage. We have focused on the capital Ljubljana and examined the causes that have led to such a situation. The reason on the one hand is the relatively old and poorly maintained housing stock and, on the other hand, the short-term-rental platform Airbnb. But what did the COVID-19 pandemic reveal?

Slovenia is among the EU countries with the highest rate of housing shortage. We have focused on the capital – Ljubljana and examined the causes that have led to such a situation. The reason for such a situation is, on the one hand, the relatively old and poorly maintained housing stock and, on the other hand, the sharing platform Airbnb.

The Slovenian capital of Ljubljana, with a population of around 300.000 is one of the smallest capitals in Europe and arguably on Europe’s most sustainable destinations, experiencing tremendous growth in terms of visitor numbers and press recognition within the last 10 years. The city is located in the Osrednjeslovenska Region (Central Slovenia) and it is the strongest area in terms of economic development, and is the administrative, economic, cultural, and scientific centre of the country. On the other hand, Slovenia is also among EU countries with the highest housing deprivation rates. In 2018, more than a fifth of its population lived in poor housing conditions. One of the reasons for the high housing deprivation rate is the relatively old and poorly maintained housing stock (IMAD, 2020). The state also abolished systemic sources of funding, did not develop new supply institutions and hindered the construction of public housing stock. National policies are also reflected in municipal policy, which has neglected the housing topic for the last 30 years since Slovenia’s independence. This played a major role in the housing policy when the socialist real estate market was privatized, and inhabitants had the right to purchase the apartments in which they were living for a price way below the market value. Due to this policy, 80% of Slovenians live in their own properties today and only 8% in rental flats. Consequently, the share of public housing in Ljubljana owned by the municipality fell from 42% (42,000 dwellings) in 1992 to 3% (4200) as of 2019 (IŠSP & FDV 2019). With the stagnation of the housing policy, Ljubljana has reached a point where few people can afford to buy an apartment while renting one equally puts a comparatively high burden on one’s disposable income.

Let us now add Airbnb to the whole story. Historically, Ljubljana has not been a prime tourist destination, but between 2014 and 2018, tourist demand increased significantly, leading to a sudden shortage of suitable accommodation. Peer-to-peer accommodation was a perfect solution at this time. The market was flooded with tourists so quickly that the government did not have time to take regulatory measures to prevent externalities. As a result, locals today experience very high prices and cannot afford long-term rentals. According to Milič (2021) from Capital Genetics which focuses on corporate finance, capital growth, valuation of business and real estate in Slovenia and other countries in Southeast Europe, prices have gone crazy. Currently, the average price of a used apartment in Ljubljana is already over € 3100 per square meter. Second-hand housing prices have risen by 50% in the last five years. Official statistics did not capture the additional supply of beds because many locals did not report their short-term rental activities. Figure 1 illustrates the large discrepancy between the number of beds in private accommodation reported by the official statistics of the Statistical Office of the Republic of Slovenia and the number of beds listed on Airbnb according to AirDNA. Thus, in 2018, approximately 2,038 beds were not registered on Airbnb and so failed to pay taxes from their commercial activities (Dolnicar, 2021). 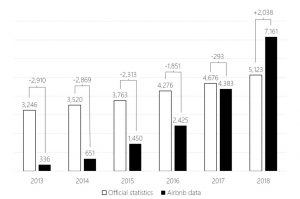 Figure 1: Number of arrivals and overnight stays in Ljubljana (Source: Statistical Office of the Republic of Slovenia, 2019)

In addition to that, many Ljubljana residents reported the lack and high price of parking spaces as negative consequences of tourism. On the other hand, according to Airbnb˙s data, most apartments listed offered parking, which can be quickly combined into a meaningful whole. Moreover, a more detailed investigation revealed that Ljubljana’s accommodation listings on Airbnb often recommend that tourists use the public parking spaces near the property, which puts a significant strain on the public infrastructure and results in locals not finding parking spaces in front of their homes (Dolnicar, 2021).

But can Airbnb be so easily blamed for most of the housing issues in Ljubljana? Though the discourse went into such a direction, the pandemics showed a rather different picture. When tourism and especially short-term rentals plummeted in 2020, this only led to short term effects such as more offers on the long-term rental market, yet the prices for both housing rentals and purchase kept growing and reached record numbers by spring of 2021. All these leads to indicate that the housing issues in Ljubljana are much more complex and the growth of tourism within the last decade and Airbnb-related short-term rentals only played a minor role in sky-rocketing real estate prices. The real reasons behind them need to be further explored, but most likely have to deal with failed restructuring of the sector following the abortion of socialism and inefficent state and local housing policy formulation. 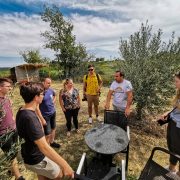 A step closer to empower everyone in the tourism market 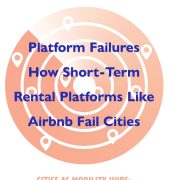 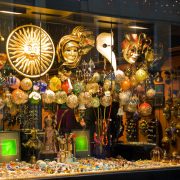 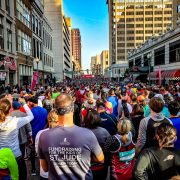 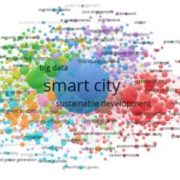 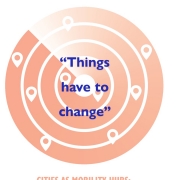 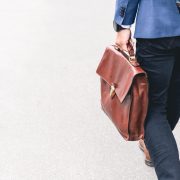 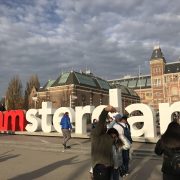 Measuring Cities´Smartness: Navigating through an Ocean of Indicators
Scroll to top